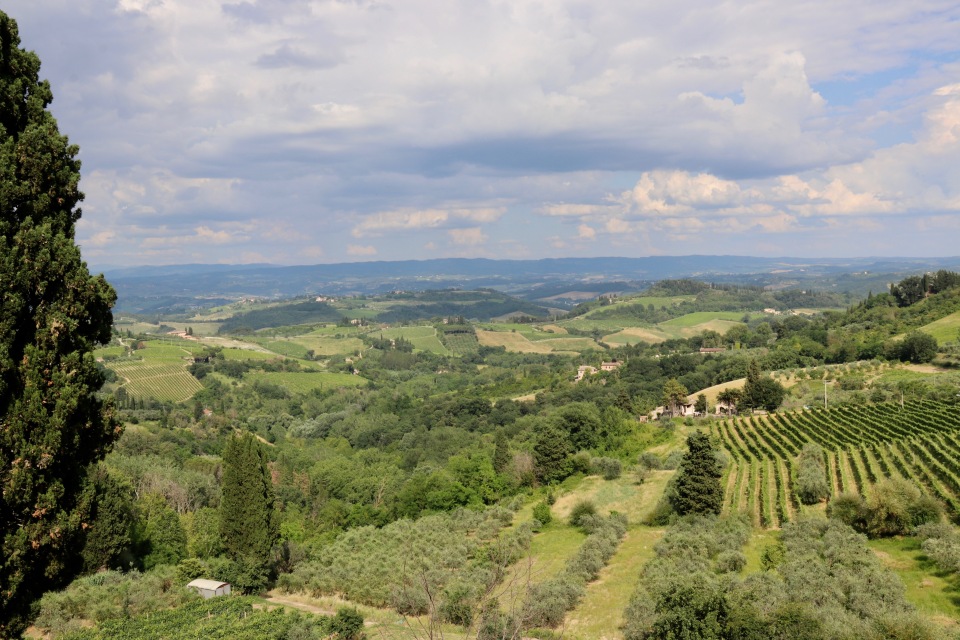 Today is our last day in this part of the world – for now anyway. We opted to go on a tour that went to some medieval cities that are quite close to Florence. We met the tour group this morning at 8:15 and finally got away around 9:00 am. We were in the group with both English and Spanish speaking people.

Our first stop was Monteriggioni. We only had 30 minutes here. It seemed like a lovely place, but was very small. 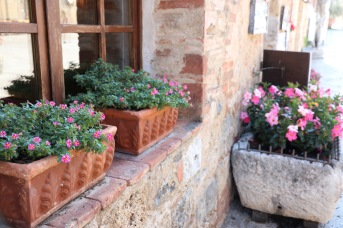 Flowers in the square – Monteriggioni 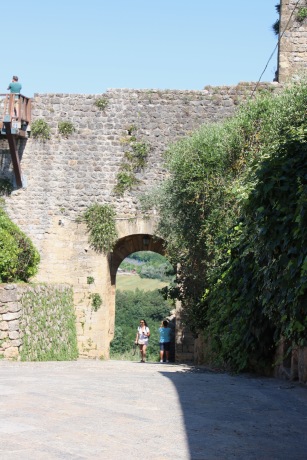 Looking out of the Roman gate (heading south towards Rome)

Morning tea – the strudels were yummy 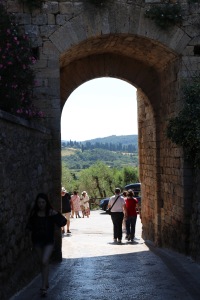 Looking out the Florentine gate

It was back on the bus to our next stop, Siena. 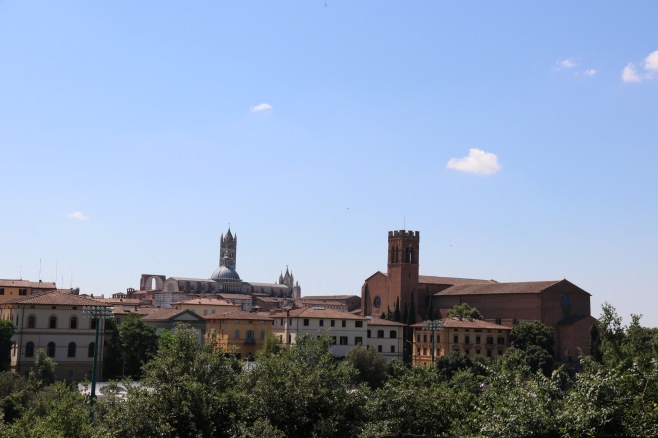 It was market day and there were many stalls set up around the outside of the walls. It looked fabulous and genuine with lots of people out doing their shopping. We headed up into the square of the town, which is shaped like a shell. Our local tour guide – Bernadette was explaining about the horse races that take place in July and August, in addition to other information about the square such as the city hall.

Looking from the top of the square 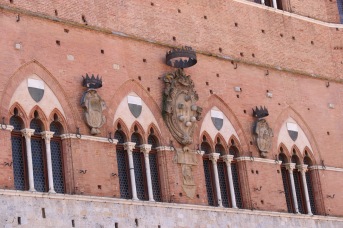 The Medici family crest on a building Different view of City Hall and the Tower

We then walked through the streets of Siena, up towards the Cathedral. 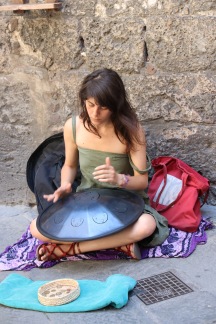 Our tour guide told us that in the medieval days, Siena was one of the biggest cities in Europe. The bubonic plague raced through the city, with 65 percent of the population being killed. It never then reached its previous importance again. The cathedral was stunning and is on the highest hill in the town. 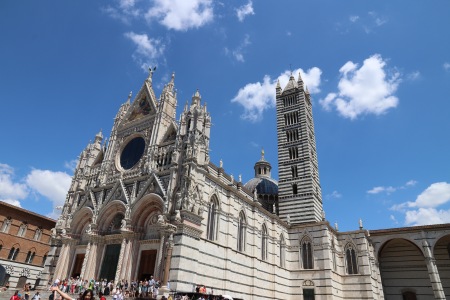 Cathedral wth the dome being seen 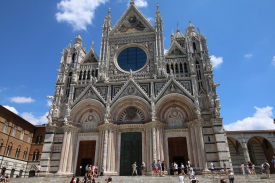 Further details on the front

Close up of the doors

After this, we headed slowly back to the restaurant. We had lunch provided with the tour. We started with some meat, pate and cheese. We then had some penne pasta with a little bolognaise sauce. We finished with a selection of Italian biscuits cut into bite sized pieces. It was pretty ordinary really, although the company was lovely,

Back on the bus and we had a stop at a local winery. We tried different wines, virgin olive oils and even some truffle oil. It was all very delicious, but unfortunately difficult to transport home.

Our final stop was Monteriggioni. This was another really lovely medieval city, but we only had an hour to explore. We headed up into the town. I was looking for another handbag as there are so many shops. One talked to me (it didn’t sing), but at 209 Euros ($330 AUD) it would have to sing AND dance, which it didn’t.

We ended up finding the two squares and cathedral. It was so lovely. Although the landscape around the town was just breathtaking. 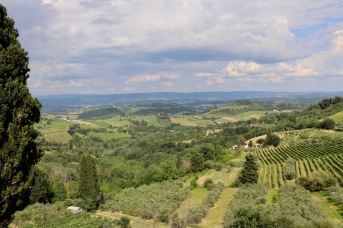 Views of the surrounding countryside

One of the squares

The Main Street leading up to the square

Main Street leading away from the squares 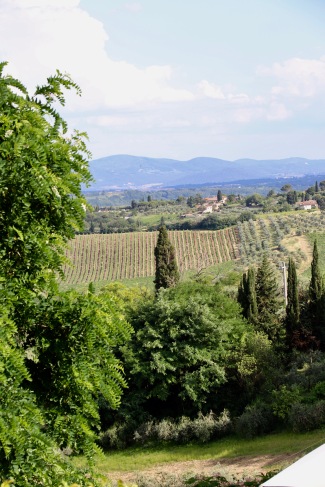 We enjoyed some gelato here and would have liked more time to explore. It was back on the bus and back into Florence. We had a quiet evening and are off to Venice tomorrow.