It’s today! I was so excited I was skipping down the hall. We had decided to get an Uber there with the three of us and negotiating trains and buses with Mum isn’t ideal. When we looked at the cost of the return transport and the cost of the return Uber split between 3, there wasn’t a massive difference. This way we had no timetables to run to and could just go as we pleased. We picked up an Uber at the front of the hotel and he got us there in plenty of time. We were having a lovely conversation with Akbah, who was of Iranian descent. The time just flew.

We got to the Studio Tour and organised our tickets. We got through the bag searches and walked through this walkway. There were several quotes from the books / movies on the wall as we were walking through. JK Rowling is such an amazing writer. We turned the corner and found a café and lines for the tour. There was also a shop there. We were a little early but by the time that we went to the toilet and got some water, we were ok to go through on the tour. 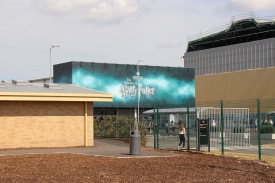 The outside of the studio

One of the wizard’s chess pieces from out the front

One of my favourite quotes of all time 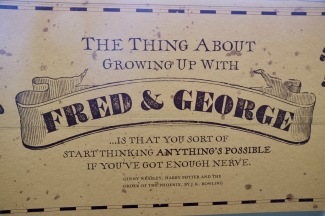 We went through into a room and had an introduction. There were images flashing on screens around the room of the Harry Potter book covers in many different languages. We then went into another room where they played some footage of Daniel Radcliffe (Harry), Emma Watson (Hermione) and Rupert Grint (Ron) talking about how the films were made. The screen went up and we were invited into the Great Hall. Oh my goodness! 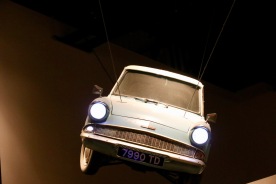 Entrance to the Great Hall

Details on the fireplace

Goblet getting ready to shoot out a name

Goblet just about to shoot a name

Costumes for the teachers 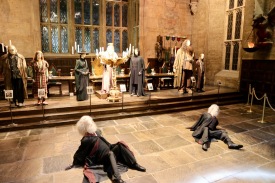 Fred and George gone over the age line

Animals around the Great Hall

Words just escape me with how amazing this whole tour is. I’ll leave the photos to do the talking. I took almost 500 photos here and won’t put them all up so there will be something for you to see when you go. The self guided component goes through all of the different departments that worked together to bring the magic of the books to the movies.

Props from one of the feasts

Taps for the bath in the prefects bathroom

Severus Snape’s costume as a boggart

Close up of Dumbledore’s desk 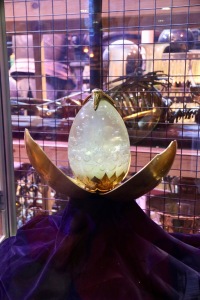 The egg from the Goblet of Fire

Snape in the Potion’s classroom

Potions table with the Half Blood Prince’s book

Door to the Chamber of Secrets Mum getting onto the platform 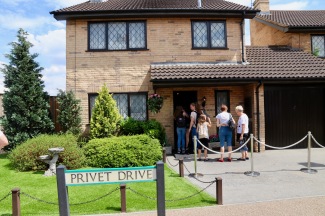 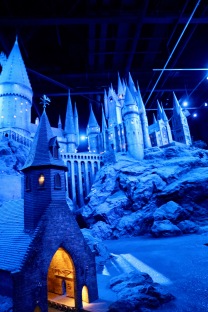 It was just one of the most fabulous days and highlighted the magic of these books and movies. 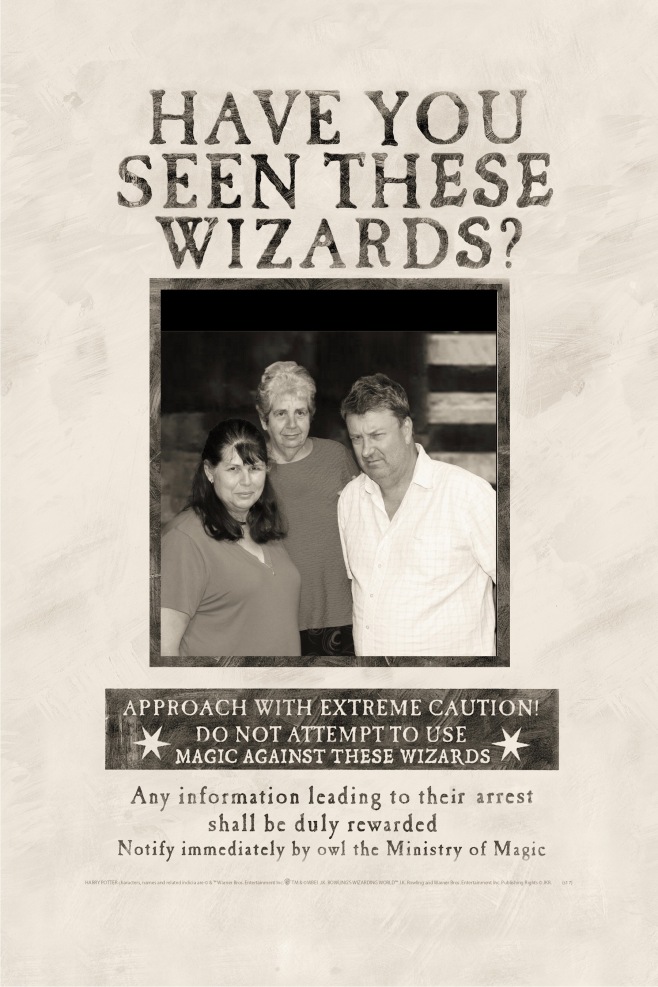